Equipment Used and Available for Hire or Purchase 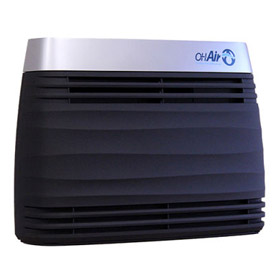 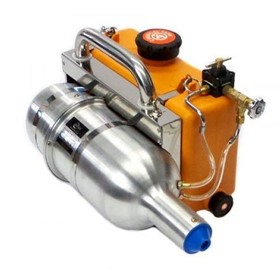 This unit pass UV rays to a glass sleeve to trap a large amount of titanium dioxide. Electron pairs then form and react with water and oxygen. These produce free electrons and hydroxyl radicals, which in turn gets dispersed by the use of a fan. This then converts the organic/inorganic gases and air pollutants into carbon dioxide and water.

Hydroxyls (HO) are naturally occurring radicals. They are created in our atmosphere when the suns ultraviolet rays react with water vapour in the air. In outside air, they are constantly replenished to a steady state of between 0.5 and 2.6 million molecules per cubic centimetre. Inside a normal room, or outdoors in a polluted city, the level of hydroxyls is zero. Hydroxyls are an important agent that scrub and cleanse our planet’s environment. OHAir Hydroxyl Generators replicate this naturally occurring process and bring it indoors.

How do Hydroxyls Clean Surfaces and Hard to Reach Places?

Once the Hydroxyls are created, they are sent to ‘Seek and Destroy” Odour Molecules, Bacteria, Viruses, Mould, Volatile Organic Compounds (VOC’s) and other chemicals.

This system is unique as it does not require all of the contaminants within a room to pass through the processing chamber. Outside the device, the Hydroxyls immediately begin a cascade reaction in the air, thus creating even more hydroxyls. The cascade of hydroxyls quickly disperse throughout the air and penetrates surfaces, objects and reach places that otherwise can’t be reached. Other technologies only clean or filter the air that passes through the device (a small percentage of the air in the room)

ULV is a great choice when needing to apply chemicals and disinfectants indoors as it achieves very fine droplet sizes allowing penetration into cupboards, cavities and carpets. Use outside to penetrate dense foliage with pesticides, ideal for mosquito and sandfly control. This ULV fogger will keep the solution cool preventing thermal destruction of the active component.

This unit features an adjustable outlet nozzle which makes it simple to discharge on inclines without the need for tilting the entire machine. Another feature is the adjustable air flow rate and solution discharge rate meaning you can match your spraying to the size area you are operating in.

about how we can help you with your remediation needs

GET IN TOUCH NOW